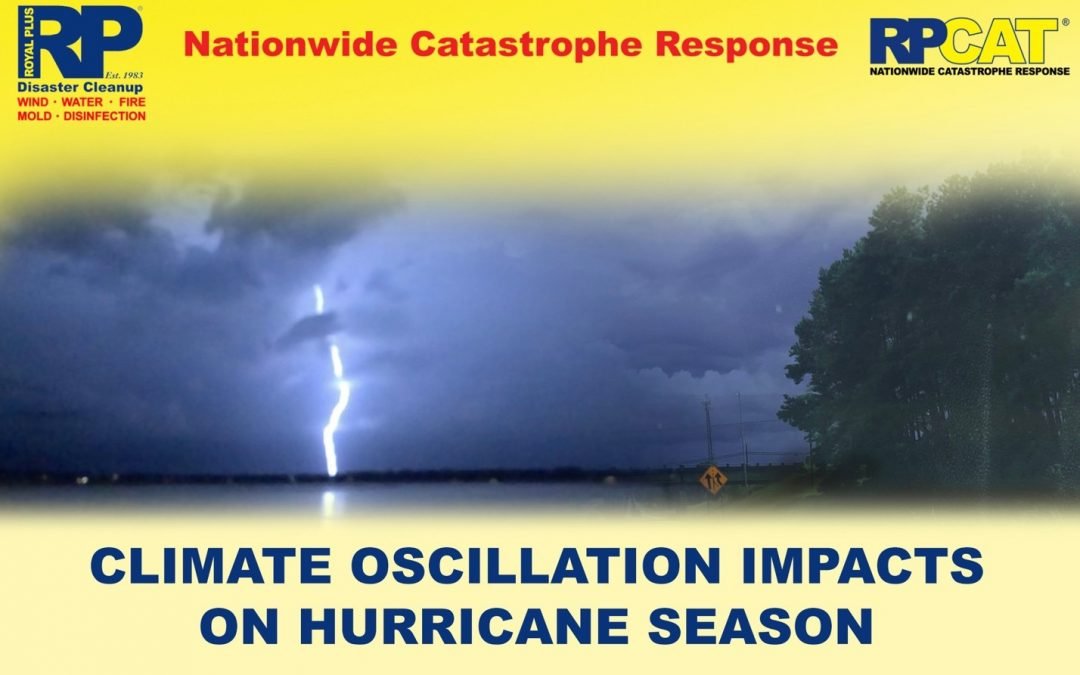 Climate oscillation refers to interactions between the atmosphere and oceanic components that occur in cycles across different geographic regions. Examples of commonly known climate oscillations are El Niño and La Niña, which can actually influence hurricane activity.

An El Nino occurs when surface waters warm in the Pacific Ocean and interact with eastern trade winds. Conversely, the Atlantic experiences stronger winds as a result. This results in a large-scale redistribution of ocean heat that can have climate impacts throughout the globe.

Typically, El Niño makes water in the Pacific warmer, and the air around it more wet. This means that there is typically more hurricane activity in the Pacific basin when these conditions are present. In the Atlantic, the strength of wind shear and trade winds is increased. The increased wind shear tends to disrupt the formation and movement of tropical storms and hurricanes across the Atlantic basin.

These two climate patterns oppose each other and result in conditions that are not considered normal to the Atlantic and Pacific basins. Their arrivals and duration do not occur at a regular schedule, but each event can have impacts throughout the nation and even globally.

Hurricanes can cause severe damage to property and pose a major threat to public safety. It is important to be prepared and informed in the event of an approaching storm.

Weather-related disasters are often unpredictable and difficult to prepare for. After a terrible event, having the right team to assist with recovery and remediation efforts is essential to helping impacted communities return to a normal way of life.

To learn more about our disaster recovery services at Royal Plus, contact us anytime for more information.