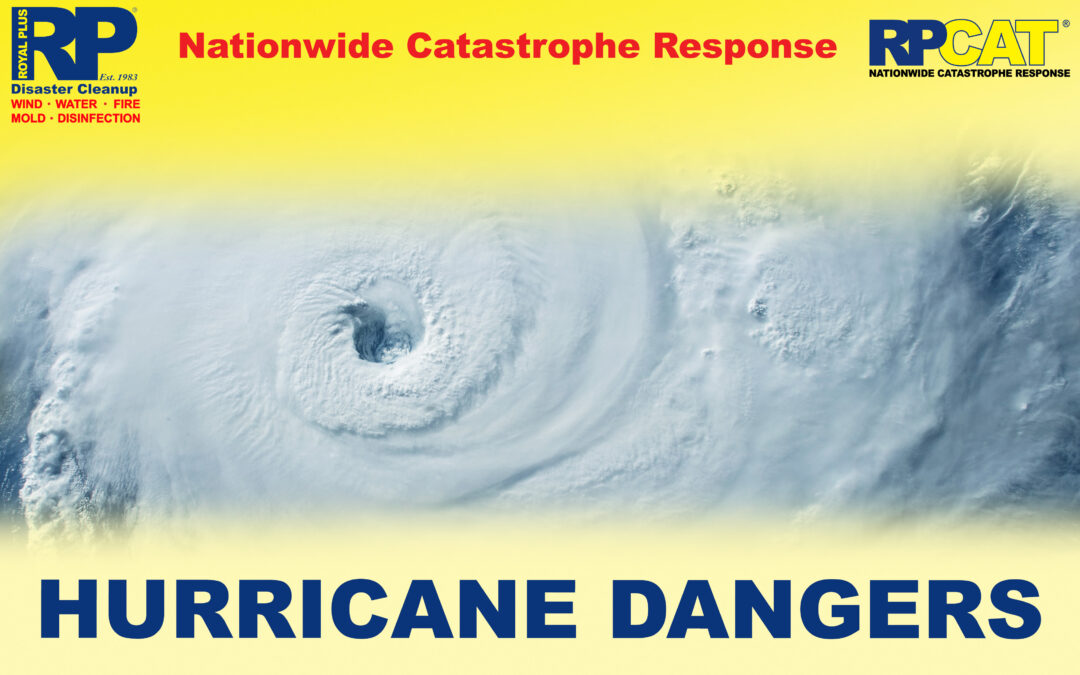 With hurricane season just around the corner, it is important to be educated and prepared on these natural disasters. Hurricane season is June 1st through November 30th every year, and the damage that they can inflict is often devastating.

Here are four common dangers that are often associated with hurricanes, as well as tropical storms and depressions:

Storm surge is the abnormal, rapid rise in water level often associated with hurricanes. It is often responsible for a high percentage of damage to properties and land, as well as posing a major threat to human safety. Storm surge occurs when wind moving around the storm causes water to move towards the shore, as well as the low pressure associated with storms. Many different factors need to be taken into consideration when determining how storm surge varies between different major storms. For example, the storm’s speed, size, pressure, and the geography where the storm develops and moves can all affect the intensity of storm surge.

Heavy rain is also often associated with hurricanes and is another source of major flooding. Heavy rain is especially of concern in areas that are prone to flooding, and near inland bodies of water such as ponds and lakes. Damage from heavy rain is usually greatest during large, slow-moving storms and heavy rain can persist even after the storm has passed.

Tornadoes can also be associated with hurricanes once they reach land. However, they typically occur in the outer bands of the storm, rather than near the eye.

Strong winds are also a major concern associated with hurricanes that can inflict damage upon properties. By reinforcing windows, doors, and other openings, property damage may be reduced. In addition, it is important to store or secure any outdoor objects that may be blown during the storm.

In the event of a hurricane, it is important to follow preparation and evacuation guidance and orders.

Royal Plus, Inc. employs a team of highly trained catastrophe restoration specialists, along with all of the tools and equipment necessary to have your business back to pre-damage conditions. To learn about our Emergency Response Programs, visit RoyalPlus.com/emergency-response-program or call (866) 404-7587.