Storm Surge Preparedness: What You Need to Know 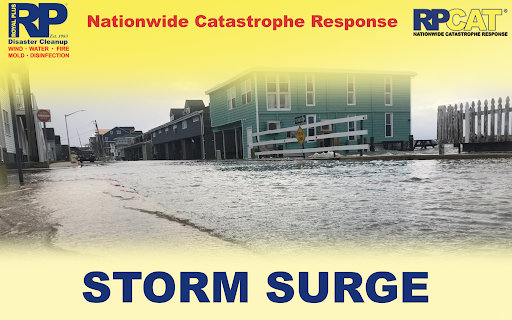 What is a Storm Surge?

A natural phenomenon, storm surges cause sea levels to rise abnormally during a storm. Usually, this occurs as a result of the interactions between the ocean surface and the wind. Water is pushed toward the shore by both the storm winds and the low-pressure system that a forming storm creates.

The main factors that affect the severity of a storm surge include the size of the storm, the storm speed and intensity, the direction from which the storm approaches the shore, the land features present at the shore, and more.

For example, a shallower slope along the coast results in a greater storm surge compared to one that results from a steeper coastline slope. The greater slope will help act as a natural barrier against the higher water levels.

Why Being Prepared Matters

Surges are highly dangerous events and can result in a great amount of damage. This is especially true when combined with other effects of an approaching storm. Additionally, the surge can block escape routes and accumulate debris which creates additional hazards for those in the area.

In severe cases, a storm surge will mandate an evacuation route. Because the damage from these events blocks off these routes, do not hesitate to vacate the area as far ahead of the surge as possible if your local government issues an evacuation order.

Learn About Storm Surges In Your Area

The National Hurricane Center (NHC)’s website provides frequent updates about hurricane events happening throughout the United States, such as their active tropical cyclone tracker. The NHC can issue a storm surge warning or storm surge watch in the event of a forming or approaching tropical cyclone.

To best prepare for these events, it is critical to understand the key differences between a watch and a warning so that you are able to plan and prepare accordingly.

A watch notice is usually issued within 48 hours. It advises local residents that there is a possible life-threatening risk of flooding from water levels rising and moving inland from the shoreline.

Warnings are generally issued within 36 hours. Unlike watches, a warning indicates there is a real danger of life-threatening flooding due to the rising water levels traveling inland.

When a storm approaches, preparation is key. In the event of a potential storm surge in your area, be sure to follow all evacuation instructions in a timely manner and frequently check for updates from local officials.

For disaster remediation such as water, fire, or mold clean-up following a storm surge, contact Royal Plus.